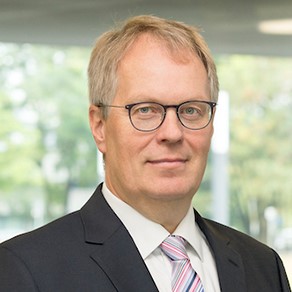 Ulrich Panne studied chemistry at the University of Dortmund and at University College London. He received his doctorate at the Technical University of Munich. After a postdoctoral stay at the Environment Institute of the Joint Research Centre Ispra, he habilitated in the field of "Analytical Chemistry" at the TU Munich.

He has been working at BAM since 2004, where he initially headed the department "Analytical Chemistry; Reference Materials" in a joint appointment with the Humboldt-Universität zu Berlin (HU). In addition to his role as president, he holds an honorary professorship for Instrumental Analytical Chemistry at the HU.

For his merits in the field of analytical chemistry he was awarded the Fresenius Prize by the GDCh in 2009 and the Emich Plaque by the Austrian Society for Analytical Chemistry in 2019.